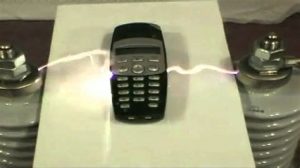 In early 2019, intrepid anarchist author and prisoner was swept away by the ODRC without legal process (requiring a hearing) to the hands of Virginia. His time in VADOC was basically without incident, but due to circumstances beyond Sean’s case (the interstate transfer agreement between VA & OH) he has been sent back to Ohio and is being held at OSP Supermax at Youngstown, in his prior cell. Sean’s support crew fears that Sean will be sent to another state, far away from his partner, his lawyer and many of his longtime supporters. His support crew is asking that Swainiacs contact Ohio State Senator Teresa Fedor ((614) 466-5204) and Ohio State Representative Lisa A. Sobecki ((614) 644-6017) and express your concern for Sean Swain #A243205 currently being held at OSP Youngstown.

Here is a basic script, see if it resonates with you:

My friend, Sean Swain #A243205, is a prisoner in Ohio. From prison he earned his college degree, a paralegal certificate, wrote two books, and he’s currently working on a chilren’s book. He contributes weekly commentary to a globally syndicated radio show. Sean was honored in 2002 for his peace work in prison by Rosa Parks personally. He’s been incarcerated for thirty years without even a single fight, no drugs, no alcohol. He has been a model prisoner.

Sean has been critical of the Ohio prison system and officials have retaliated by calling him a gang leader and making him look like a danger on paper. In 2013 Sean was sexually victimized by a then-ODRC lawyer named Trevor Clarke. Clarke ran the prison’s torture program and Sean reported Clarke for the sexual abuse, filing a PREA grievance. Clarke retaliated by fabricating misconduct. In 2018, Sean sued Clarke and within thirty days Clarke (and another defendant) fabricated disciplinary charges of rioting, gang activity, and extortion and they illegally renditioned Sean to Virginia to cover up their crimes, without even the requisite legal hearing he was owed. Sean’s time in Virginia was uneventful, clear proof of his carrying himself as a model prisoner at a medium security facility.

A few weeks ago—Sean was returned to Ohio and placed back at the Supermax in Youngstown. Although Trevor Clarke no longer works for the ODRC, ODRC seems to continue to be bent on again illegally renditioning Sean to yet another state in order to silence him and stop him from earning his release. Sean’s lawyer and his spouse, Lauren, have attempted to get details from ODRC Interstate compact coordinator Glenn Elder, but are getting the run-around. Transferring Sean out of state again will move him away from his legal support, his spouse and his friends, all of which are of immeasurable importance to rehabilitation and to Sean earning his release.

Please look into this situation and help put a halt to Sean Swain’s mistreatment. Sean has stated his intention to abide by the rules set down by the ODRC and is commitment to earn his release through good conduct.