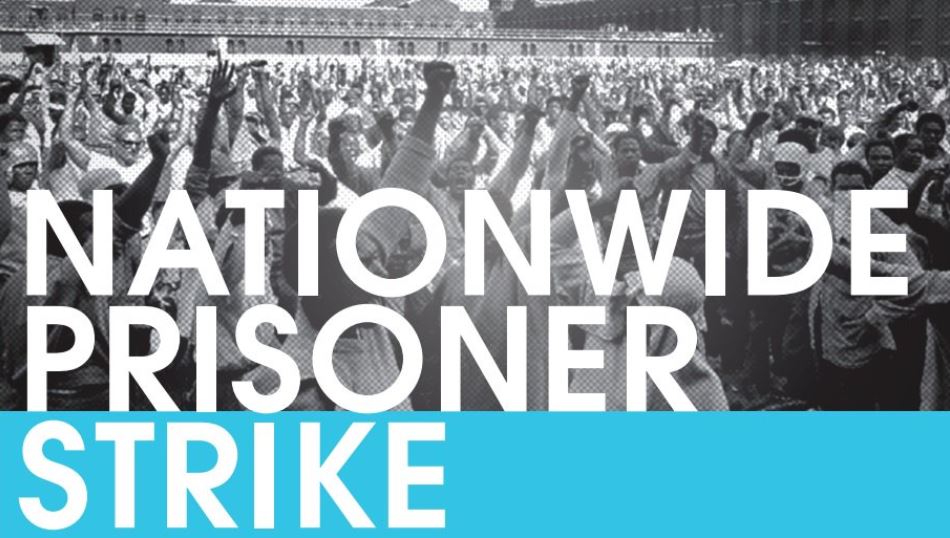 “Where the conditions for revolution are not present, they must be manufactured.”
-George Jackson

Prison officials recently placed Siddique Abdullah Hasan, a death row prisoner held at Ohio’s supermax, in segregation. Siddique was framed as a leader of the Lucasville prison uprising in 1993 and has been a vocal supporter of the September 9th national prisoner work stoppage. His segregation should really come as no surprise as prison (mis)managers have long waged a brutal war on truth and on the captives who tell it. What is disturbing and highly instructive is that Siddique’s segregation didn’t originate with the prison warden, but with the FBI.

This further proves something I suspected in 2012 when prison officials segregated me and tortured me for having an “ideology.” While I was being tortured at a state prison, the FBI was on site. In fact, the FBI assisted by providing the Ohio prison system with training manuals on how to break me. Know where the training manuals were developed? The CIA.

The torture tactics that the FBI shared with state prison officials came straight out of the CIA’s Counterintelligence and Interrogation Manual. So, let’s connect some dots…

The FBI and CIA have essentially merged, so all of the dirty, nasty terror that the U.S. used to unleash exclusively overseas can now be employed right here at home. And the meta-data -collecting snoops reading your emails who perfected torture and state terror have state prison wardens on speed dial, giving unthinkable orders to those who run the largest, most sprawling human bondage system in all of human history.

This is no conspiracy theory, folks. Conspiracies are kept secret. The architects of this terror state are developing this ultimate control system right in front of your eyes. These enemies of human freedom are not saying, “We don’t know what you’re talking about,”—they’re saying, “We have Apache attack helicopters, so what are you going to do about it?”

So, look. I’ve been invited to say a few words about why you should support the national prison work stoppage on September 9th. In doing that, I’m not going to rattle off facts and figures about how the criminal justice and corrections systems target racial minorities or how these systems serve to tip the scales in favor of social and political conservatism by neutralizing those who benefit most from radical change. I’m not going to explain how the indiscriminate police shootings of black people is just an outgrowth of the larger program. I’m going to assume that you’ve been awake and that you’ve already got a grasp of the painfully obvious.

We can also forgo moral arguments about lofty principles like equality and fairness and human compassion. Others can make those arguments much better than I can. Instead, I’m going to try to explain why your own naked self-interests are served in supporting this September 9th work stoppage.

Let’s talk about you.

As Edward Snowden revealed, somewhere in a dark government office, a national security creep is thumbing through your emails, listening to your phone calls, scrutinizing your search histories—he’s sniffing through your intellectual underwear. Do you know where this mass-surveillance plan was perfected?

Our common enemy knows it would be too expensive to take the entire population to prison. So, instead, they brought the prison to you.

They’ve done studies on how much rule-deviant conduct the ycan deter just through the threat of surveillance—the knowledge that the government is watching and listening. Look around. How many cameras are pointed at you? Yeah. That was exported from prison too. Again, studies on how much rebellion can be minimized…

Riot response, shields and helmets and kittling—all that came from the prison yard to the college commons. Rubber bullets, pepper spray cannons, Tasers—all used first on prisoners and then perfected on you.

Want to speak out against injustice? Want to peacefully demonstrate your concerns in a public setting?

So, thanks to the ever-evolving strategies rolled out from my world into yours, you now live your butchered half-lives with a shotgun in your face. You have the right to shut up…or else.

But you don’t have the right to a living wage. In the current election cycle, the corporate party candidates bemoan the disappearance of manufacturing and union-scale jobs to other countries. But they don’t talk about the jobs that moved down the street and over the barbed wire. Ohio prisoners performed slave labor for the Ford Motor Company and Honda for pennies a day while folks you know are sleeping in their cars. This slavery allows prison officials to run their plantations on the cheap, to your detriment.

And none of this speaks to the likelihood of desperate and destroyed human debris getting dumped from this debilitating program back into your neighborhood, with no opportunities and absolutely no tools for developing healthy relationships. We’re not dealing with a system here that fails to rehabilitate 90% of the time, creating future crime and victimization. We’re dealing with a system that works as designed, manufacturing crime and suffering, creating an industry of crime and crime response, a system that sees you and your well-being as collateral damage.

On top of all that, the militarized police force is a projection of a looming threat that you too can be scooped up and destroyed for decades directly, and that looming threat serves to maintain the current status quo. It’s a no-brainer that the prison complex is an integral component to the fascist police state keeping you un-free.

So, that being the case, a challenge to this control complex is pregnant with the potential for radically altering the government’s capacity to maintain all of the consequences just listed. It all goes together.

The planned work stoppage on September 9th doesn’t seek better food or pizza parties for coddled criminals; it seeks to change the world you and I both live in. It seeks to empower the powerless to at least imagine the future we deserve and to inspire the belief that we can do something about it.

The choice is yours.

Some choose to fight now.

I make this statement in full knowledge that having said what I’ve said, I might never be heard from again…unless we take this motherfucker down.

So, look. I’m not going to tell you that if you opt out of this pivotal stand against our common enemy and it fails that our children or our grandchildren will look back at this crucial moment and pity us for our cowardice and our inaction, that they will lament the intolerable existence under fascism to which we doomed them. No. That’s not what I’m saying. What I’m saying is that if we don’t act now and if we don’t succeed, our children and grandchildren will live so un-free, they will sit in regimented rows in their classroom, wearing uniforms and arm-bands, and the teacher will swat the blackboard with a horse-crop to draw their attention to the message written there:

“IT HAS ALWAYS BEEN THIS WAY.”

And it will be as if this moment never existed.

Only one thing stands between us and that dystopian future: YOU.

This is Anarchist Prisoner Sean Swain from Warren Correctional Institution at Lebanon, Ohio. If you’re listening, you are the resistance.

For more information about the September 9th National Prison Strike, check out Support Prisoner Resistance. You can also find information about getting involved in this one-month-out update as well as this explanation of how to support the strike and this one as well.

Check out the original announcement of the strike here.

Also listen to the new episode of Crimethinc’s podcast, the Ex-worker, which focuses on the upcoming prison strike.

A poster about the strike is also available here.