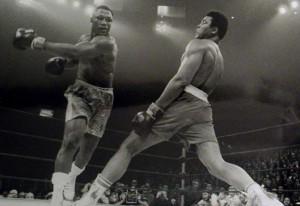 Well, I’m still alive. This is really awkward. I didn’t plan on this.

The current suspension of my communications started at the end of August. The fascists simply cut off all of my outgoing communication the equivalent to putting duct tape on my face.

This is part of a pattern. Fascists suspended my communications in January to stop me from producing video talking about my innocence in my criminal case. They shut down my communications again in May when I wrote a statement in opposition to the international crime of torture. No good deed goes unpunished.

Shortly after my communications resumed, fascists suspended them again with no explanation at all, apparently because they just don’t like me. The message being sent is pretty clear: until I embrace George W. Bush and Jesus, until my thinking conforms to what the ODRC likes, I have to shut up forever.

All of this occurred, by the way, while my legal counsel, Richard Kerger, stood on the sidelines with a burger and a beer, spectating. Kerger gave them permission with his inaction.

What do you call ten thousand attorneys buried up to their necks on the beach at low tide?

So, just to explain – this may seem like a situation that is just a minor annoyance, like being grounded off the phone in high school. But there’s also the psychological effect, the constant sense of precarity and anxiety, the knowledge of being under attack in a million small ways, of being totally helpless as repression grinds on and on. And in my situation, it wasn’t that communications suspensions would end and I could return to normal; there is a kind of cumulative effect from the suspension after suspension that wears on you.

This current suspension began almost immediately after the last one ended, and it didn’t just wear on me – it wears on those who care about me. Humans are social animals, after all. My elderly parents, who are very much not anarchists, suffer continuing harm. My dad was throwing up blood and was hospitalized and had not heard from me for months. Just recently, my mom fell and cracked ribs while trying to care for my dad. I have to think that their slow recoveries are due at least in part to not having any communications with their only child for months. Ihsan, still recovering from the strokes, still needing encouragement and human connection, has also been harmed. Others too.

Part of what makes the situation psychologically torturous is the sense that this will go on forever and ever, that the fascists will just keep silencing me until I agree to stop communicating, until I give up attempting to tell the truth.

In my own situation, that means I’m not only blocked from knowing what’s going on in the world and then weighing in on issues, but the immediate psychological pain forces me to focus on nothing else.

So, all of this taken together – my permanent neutralization, it seems, along with the fact that I’m now being used as a weapon to hurt people I love, got me to thinking about something my grandmother told me. My grandmother feared being unable to care for herself, being put into a home. She often told me that there are worse things than death. And there’s nothing worse than outliving yourself. So, in the midst of this permanent isolation, where I’m now used to hurt those I love, I drew a reasonable conclusion, I think, that I had outlived me.

I decided to forego my blood pressure meds until my communications resumed, and I also know the ODRC would not resume the communications, so I would have to quit the meds. I’ve been on them for 10 years, and quitting cold turkey causes a blood pressure spike, which could lead to strokes, aneurysms, heart attacks.

So, I wrote some really self-important diatribes in the form of legal declarations in order to get them out of the prison and I quit the meds… knowing the ODRC wouldn’t budge. I expected that in about 72 hours, I would fall over dead, all of you savages would read my profound words of great power, and you’d take up your machetes to hack swivelization to pieces. You know, in love and rage and all that.

Then, I didn’t die. I quit my meds and finalized all of my affairs and.. nothing happened. It’s been weeks. I’ve been awaiting my dramatic sputtering out. Not even chest pains.

I didn’t count on this. It appears I’m going to be around for a while, so I better find something to talk about. This is so embarrassing.

For better or worse, this is still anarchist prisoner Sean Swain from inside the Ohio torture complex. If you’re listening you ARE the resistance…