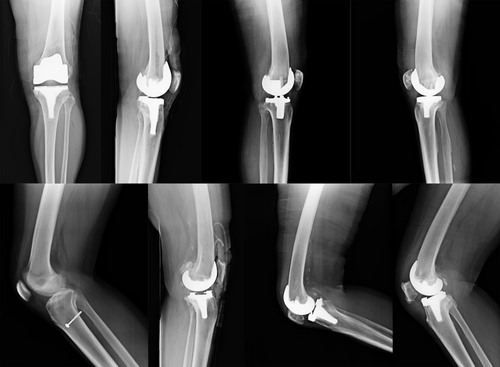 Matthew Pearson, Sr., is a former marine who spent Memorial Day in debilitating and excruciating pain here at Warren Corruptional Institution. While in the Marine Corps, Pearson seriously injured his knee. After getting discharged, he ended up in prison for killing someone. For years, Pearson has attempted to get medical care from the prison system for his long-documented knee injury.

Seven years ago, he was sent out for a consult at Ohio State University. The doctor who examined him– the State’s own medical consultant –recommended an immediate knee replacement surgery and even set up scheduling for the procedure to be performed.

A bean-counter for the prison system has decided that it’s cheaper to make Pearson suffer for years and years than to follow the medical advice of the doctors they pay to provide medical advice. But, the knee injury isn’t just a knee injury.

Unable to run or exercise, Pearson’s health has seriously deteriorated over seven years. Also, the chronic pain has contributed to high blood pressure and other problems. Moreover, as the knee got worse and the pain increased, the State cut back on the pain medications until Pearson now has to purchase his own Tylenol from the commissary– and it does absolutely nothing for him.

At one point, Pearson even contacted the VA– who agreed to prform the surgery –and Pearson told the ODRC he would pay for the transportation costs. The ODRC refused, saying it would set a bad precedent to allow prisoners to get outside medical care… care, by the way, that the ODRC refuses to provide.

Recently, completely out of other options, Pearson filed a civil action for medical negligence in the Ohio Court of Claims. The way it works under normal circumstances, prisoners must exhaust the grievance process, which lets the prison fascists stall claims while terrorizing the prisoner intending to bring them, until he throws up his hands and surrenders. Not so with the Ohio Court of Claims: If Pearson requests $25,000 or more, he can bypass the grievance process and go straight to court.

Also, because he requested moe than $25,000, the prison system’s in-house counsel cannot represent the ODRC. Instead, the case must be transferred to the Ohio Attorney General’s Office. And here’s the best part: When the case goes to the attorney general, the ODRC must write a check for $12,000.

Reasonably, by filing the action and getting it in front of an assistant attorney general, Pearson figured the attorney general would see that he was recommended for knee replacement seven years ago and simply make a phone call, telling prison fascists that the case is a loser and they should just replace his knee.

Pearson’s case was assigned to Assistant Attorney General Jeanna V. Jacobus, a ruthless and uncompromising whack-a-doodle who has pulled out all the stops to swindle Pearson out of the knee replacement he was ordered seven years ago. Jacobus has filed a motion to dismiss that’s totally frivolous just to tie the case in knots and avoid answering discovery. In short, the attorney general is pulling every underhanded trick possible in order to stonewall and make an honorably-discharged veteran continue suffering in excruciating pain.

In fact, the Ohio Attorney General’s office would rather spend thousands and thousands of dollars in costly litigation in an effort to avoid doing the right thing, rather than telling the prison fascists to order the knee replacement that would cost the State less than the litigation.

This case is somewhat symbolic of the American method for addressing its veterans’ problems. After Vietnam, large nmbers of combat vets found themselves dumped into the prison system, most often as a consequence of conduct symptomatic of their suffering, their inability to readjust to life after combat. Prisons became the cheapest way to put them out to pasture and neglect their real needs.

Prisons are again being used to warehouse veterans returning from Afghanistan and Iraq, neglecting them and denying them medical and psychological care.

And so, Pearson spent Memorial Day limping along on his cane while the attorney general’s office buries him in frivolous filings, trying to out-lawyer him. Assistant Ohio Attorney General Jeanna V. Jacobus can be reached by phone at (614) 387-4256 or by fax at (614) 644-9185, or by email at jeanna.jacobus@ohioattorneygeneral.gov. Hopefully, the thousands of disgruntled combat vets who defended Native American land rights from the DAPL pipeline will let Jeanna V. Jacobus know what they think of her and will demand that Pearson get a new knee.