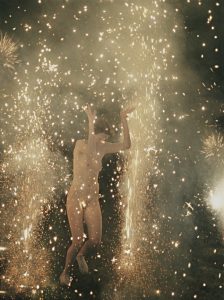 I think this would be the perfect time to re-visit the topic of “convergences.” I’ve advocated this as a strategy before but I think now, more than ever, with gas prices being what they are, and the mass availability of electronic communications, “convergences” are the wave of the future.

The theory is a synthesis of some really good ideas that worked– from the WTO protest in Seattle to the Invisible Committee’s ideas about establishing communes; from the Occupy movement to proposals to “block everything,” creating choke-points. Here’s how I see it working:

To borrow from the WTO protests in Seattle back in– I think –’99?, you do a clandestine mass call-out to anarchists everywhere and suggest that everyone converge on a specific location– perhaps a specific city… like Toledo or Pittsburgh… or maybe aim higher– Chicago, perhaps. The local anarchists attempt to coordinate accommodations for th thousands descending upon their hometown, arranging sleeping spaces.

In Seattle, locals enlisted local churches that let incoming protesters sleep in the basements. I would even suggest that if you do a convergence in th summer, you can arrange for squatting the local universities. Certainly, someone has a key to all those dorm rooms who really shouldn’t.

The idea is to get as many rebels converging upon one area as possible without the authorities figuring out what’s coming. Then, collectively, you “occupy” the city. You wild-out, blocking highways with junker cars, pulling the proverbial fire alarms, a veritable swarm of human locusts making the city completely unmanageable.

The point is to totally overwhelm the system and create, at least at one small point, cataclysmic systems failure. You turn th entire city into one big dumpster fire. And, if you’re good at it, you can then conduct all kinds of flash robberies at the major food chain-stores, appropriating the resources to sustain yourselves, and hit WalMart while you’re at it.

Once the police state gathers its forces to restore order, everyone scatters and allows the state to regain control of a burned out, looted shell of a city with trashed infrastructure… and the human locust swarm descends upon some other city, perhaps just across the state lines. Keep in mind, we are not hindered by jurisdictional boundaries the way that the enemy is. We can descend upon Cincinnati, for instance, and once Ohio mobilizes a response to our convergence, we simply disperse and re-convene in Indianapolis– knowing all of those Ohio cops cannot simply follow; Indiana would have to begin its own mobilization of forces all over again.

In this respect, a convergence is simply a traveling commune, one not focused on maintaining a permanent presence in a single geographic space. It is a temporary occupation, one purposely conducted with the outmost opportunism, sucking all of the possible resources out of one specific area after another, using overwhelming numbers in a rebellious “shock and awe” attack. The spoils gained at one location can fuel the migration to the next location and the next, leaving a wake of broken cities, a growing number of smoking craters, dozens or even hundreds of Detroits.

This also serves the long-term strategy of taking down the hierarchical system in its own footprint, creating not just choke-points but vast, industrial sink-holes, sabotaged and no longer functional. In a system where mass production and distribution relies on the participation and involvement of all of its parts, convergences create whole geographic spaces that are out-of-order, each of them sending ripples through the entire global system, a global system that depends on what used to be produced or processed through those spaces we’ve trashed.

Convergences represent a direct and total attack on the entire global system, one that the current regimented control-state is ill-equipped to neutralize, given the diffused and anarchic nature of the convergence and its organic, constantly-shifting character.

To the police state, containing a convergence would be like herding cats.

Convergences. They’re the wave of the future.