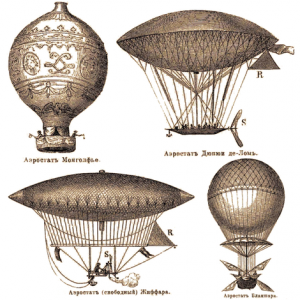 In October, I sent out forms to register the Army of the 12 Monkeys as an unincorporated association. Secretary of State Jon Husted had a statutory obligation to complete that registration, which includes the return service of the documents that I sent to him.

This is the kind of Trainwreck irrationality and silliness I have been living with for a decade or more as he does everything in his power (and mostly outside of his power) to make me shut up. This is a continuation of his childish and unreasonable vendetta– the kind of vendetta that arises out of the jealousy felt by those who have no original ideas and want to stifle those who do.

So, Trainwreck got Jon Husted sued.

And this is where it gets fun.

Consider, the Secretary of State, when he gets sued, will be represented by the Ohio Attorney General, who is the highest law enforcement officer in the state. The Ohio Attorney General will investigate the matter to determine whether the Ohio Secretary of State did what he was supposed to do. So, when he finds that the mail went out, he will then contact Warren Corruptional.

Know what they’ll tell him? Right. Trainwreck Trevor stole the mail under some ridiculous theory that Trainwreck, who occupies a windowless office somewhere in a shabby crackerbox operated by the fuckweasel prison complex, has the authority to bully around the Ohio Secretary of State. Trainwreck, with his god-like powers as a lawyer for the prison complex, can decide what all state agencies are permitted and not permitted to do. Trainwreck is the arbiter of the proper use of state agencies’ federal mail.

Trainwreck’s authority is only surpassed by that of the King of Denmark.

And how do you think the Ohio Attorney General, the highest law enforcement officer in the state, representing Jon Husted, will feel about Trainwreck stealing Jon Husted’s official state agency mail to me?

So, multiple government agencies will again be sending me the very documents that Trainwreck seeks to steal and keep from me.

Unless, of course, those elected officials do not have Trainwreck’s personal approval.
He is, after all, the self-appointed Pope of Ohio.

The Pope of Ohio is currently facing 264 lawsuits of his own which are to be filed by the Army of the 12 Monkeys in all 88 Ohio counties, and he is facing the possibility of state and federal charges from an affidavit that I swore out and sent to law enforcement agencies for the theft of federal mail, obstruction of state agency business, and interference with an animal enterprise.

The fascist fuckweasels who feel comfortable living their lives with Trainwreck’s arm extending out of their rectums need to suspend all of my communications and silence me and then subject me to a mind-numbing full-spectrum state-terror strategy like they did last time and the time before. And accuse me of violating their rules on some pretext that I am not permitted to tell the truth or something, like they have done every other time.

That always works out so well too.

Whatever the fascist fuckweasels do, they should not, under any circumstances, admit they made a mistake and simply hand me the mail they have so far stolen and make this go away. Whatever they do, they need to double-down on Trainwreck’s whacky theory until everyone employed by the Oppressive Department of Retribution and Corruption faces losing their jobs or answering criminal charges or hiring counsel to defend against hundreds of lawsuits filed in dozens of counties.

Aren’t I here to get rehabilitated and have a new respect for the law instilled in me?

I have never seen such a gaggle of ruthless sociopaths so irremediably and unapologetically opposed to basic legal principles of fairness and decency as the folks attempting to pound into me a new respect for the laws that they routinely break with reckless abandon.