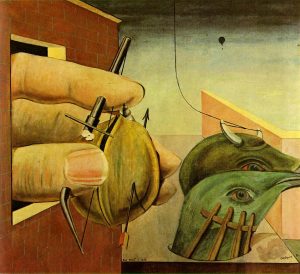 In case you missed the several years of my ramblings, I’m in the custody of an agency that calls itself the Ohio Department of Rehabilitation and Correction. Of course, anyone with any sense who has seen this shit-show in action knows that it’s really the Oppressive Department of Retribution and Corruption. That is, the folks who run this program are not really interested in rehabilitating or correcting anyone. In fact, they have no motive to benefit anyone in custody whatsoever. At best, corrections staff are apathetic. At their worst, they’re deliberately malicious toward their captives.

A case in point: On October 28, after I learned that ‘Last Act of the Circus Animals’ was in print, I got the bright idea that I’d share the news with everyone who works here at Warren Corruptional. I got a few dozen kites– the forms used for communicating to staff –and I used the typewriter with memory the FBI returned to me after confiscating my other one, and I typed out a quick message about how to order a copy of ‘Last Act.’ I sent those out to all the administrators and staff here at the prison.
As I figure it, if I worked somewhere and my job was to reform people, I would consider it a fantastic success if one of those people got a book published. No doubt, I’d be interested in reading it.
So, I sent staff the ordering information.

The responses I received are quite telling, regarding the mindsets and the worldviews of the staffers who work here at Warren Corruptional…

The first response I got was from Jessia M. Smith. Smith is the Unit Manager for the unit where I’m held captive. Unlike the unit sergeant or the case manager, she doesn’t so much as even have an office in the block. In the years I’ve been here, I can count on one hand how many times she’s made herself available to prisoners in the block. Last December, Smith distinguished herself as a real hater by writing a conduct report on me that equated my writing of a grievance with “extortion.”

I opened the kite she returned to find big, ugly writing that said, “NO THANKS– SOUNDS BORING.”

Right. Someone who aspired to middle management at a human bondage factory in Podunk, Ohio, is living a life of such thrilling excitement that she couldn’t possibly have time to read a frivolous “book,” you know, between the sky-diving, base-jumping, and high-speed synchronized roller-fucking. Just an idea, but maybe her attitude toward reading and toward books explains why she can’t get a better job?

The second kite I got back was from the warden, Chae Harris. About a year ago, I shared a copy of ‘Last Act’ in zine format with Harris and within a couple of months, it appeared on the prison system’s banned list. Rather than considering the main character, the panther, as a potential role model on how to exercise personal power and inspire others with vision, he saw the panther as a threat to him as Ringmaster… and got the zine banned. Cheap, rotten bastard never even returned my copy to me.

At any rate, I opened his kite response and noted on the back, on a side flap, a notation in Chae Harris’ handwriting, indicating that he was sending copies of the kite to Greg Craft, the warden’s assistant, and to Trevor Clark, the ODRC’s agency liaison to the FBI.

Yeah. No kidding. I wrote a book and got published, and the warden’s first inclination is to pass on my good news to the Federal Bozos of Intimidation as something to investigate. Gee, I sure hope they dont continue this investigation they’ve had going since 2012.

I guess Chae Harris won’t be ordering a copy of my book.

But, my point is, consider how psychologically warped you have to be, as a so-called corrections professional, to learn that someone in custody isn’t trying to sell or score dope, or brew hooch; isn’t preying on others in any way, but s instead attempting to contribute to a free market-place of ideas to change the world that needs changing… and your first inclination is to fax a copy of his notice to the feds.

What kind of terrible childhood do you think that this hateful jackwagon is dragging into the prison each morning with his cup of coffee and three dozen donuts?

The next two kite responses were from the maintenance supervisor and the second shift captain. They stamped the kutes “received” and wrote nothing at all.

Then came the response from Mr. Shunn. Wow.

Shunn runs education here. Or should I say, “mis-education.” Of all of the staff at this clown show, you would think that the guy who runs education, as an educator, would want everyone confined here to write a book and get it published. If anyone should be inclined to appreciate academic and intellectual achievement, it would be this guy, the head of education, right?

Yeah. The head of education found out I wrote a book and instead of telling me, “Hey, good job,” and instead of getting a copy to read, decided to play super-cop and turn me in to the secret police.
What a Nazi. What a coward.

And this guy spends a lot of time in the chapel teaching prisoners about Jesus. Seems to me he has more in common with Pontius Pilate.

Of the dozens of kites I sent out notifying Warren Corruptional’s rehabilitative and corrective employees of the publication of ‘Last Act,’ do you know how many positive responses I received?

That means that every single employee who is not security staff, every single one, saw the news of my publication as a bad thing. Every single one of them would rather see something bad happen to a prisoner than see a prisoner succeed in some way. That means 100% of this prison’s administration views the prisoners not as humans to reform or assist, but as enemies to hurt and destroy.

How can anything positive come out of such an environment?

This is Anarchist Prisoner Sean Swain from Warren Corruptional in Lebanon, Ohio. If you’re listening, you ARE the resistance…
***