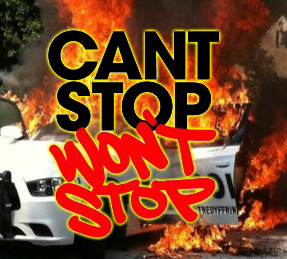 Want to see a basic chronology of what’s been going on in the war of attrition between Sean and certain central office fuckweasels? Look here: http://seanswain.org/chronology/

How about Sean’s proposal of how to settle the A12M lawsuit before things get any more out of hand? That’s here: http://seanswain.org/sean-proposes-settlement-of-lawsuit/

Wanna see the argument Sean used to win a reduction in his security level? I think you do, it includes COs running around naked and shooting roman candles out of their ass cracks: http://seanswain.org/open-statement-related-to-security-review-scheduled-for-june-9-2015/

Sean’s most recent philosophical treatise is a twelve page deposition to the courts, in which he tries to explain anti-civ anarchism to the poor deluded hierarchs in a language they might understand. Wanna read it? http://seanswain.org/seans-deposition-to-the-courts/

Concerned about blastblog.noblogs.org and what kind of escalation that might bring? Sean’s take on what it’s actually all about is here: http://seanswain.org/sean-fingers-the-creator-of-blastblog-noblogs-org/

Or, you can just check out this awesome drawing that one of Sean’s youngest supporters made for him: http://seanswain.org/children-draw-pictures-for-sean/

In short: Can’t stop. Won’t stop. Sean remains unflappable and hilariously vitriolic in the face of ever increasing repression by the state.