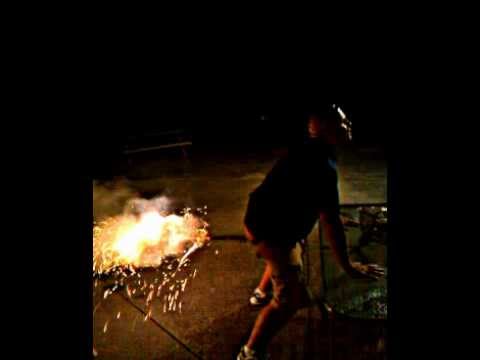 It appears that this statement, in which Sean mentions Unit Managers running around naked shooting roman candles from their butt cracks, and asserts that he is less a danger to the ODRC than Warden Terry Tibbals, was sufficiently convincing to SOCF authorities to get his security level reduced.

I write this statement for consideration by ODRC staff in determining security level, and for my legal counsel and for scanning and posting online.

In September 2012, just a week after I was recommended for level 2 placement, I was tortured and recommended, first, for level 5 placement and, second, for level 4 placement. Then-ManCi Warden Terry Tibbals made these recommendations on the basis of my “ability to cause a major disturbance within a lower level correctional institution” ( DRC 2003 E, signed 17th June 2013). It was on this basis that I left level 3 in the first place to spend 2 years at level 4 before coming before you to determine whether or not I should be returned to level 3 again.

I think it is significant to note that I was approved for level 4 not based upon my conduct, but based upon my “ability,” a characteristic that I am alleged to possess. It was always my understanding that security increases were based on conduct, not characteristics. That is, a prisoner goes to level 4 for “punching” a guard in the face, which is conduct, not based on his “ability” to punch a guard in the face.

The irony is, ManCi Warden Terry Tibbals, who signed my recommendation for level 4 based on my “ability” to cause a major disturbance himself created a far greater disturbance than I ever could have. Through his bungling, ManCi was plagued by embezzlement, prisoner deaths, an uprising, and escape. I would suggest that Terry Tibbals was a walking “major disturbance” but he never came here to level 4. Instead, he was assigned as warden at London correctional.

Perhaps if I proved to be monumentally disruptive like Terry Tibbals, Director Mohr will remove me from level 4 and put me in charge of a prison?

So, it seems, based on the rationale for my level 4 placement, that the question before you is whether or not I still possess an “ability” to cause a “major disturbance” at a lower level institution. It is a question for which I can provide no help. I do not know where “abilities” derive or where they go. Could it be that I have lost this ability, the way some people lose their car keys?I do not know.

If I have lost the ability to cause a major disturbance at a lower level security institution, then I may be returned to level 3 security to await the next irrational round of harassment by central office sociopaths. If I have not lost the ability, that qualifies me to be a warden.

So, the question before you is whether I should return to level 3 or whether I should be provided a six-figure salary and a mediocre dental plan for taking charge of a prison and making it completely unmanageable the way Terry Tibbals did.