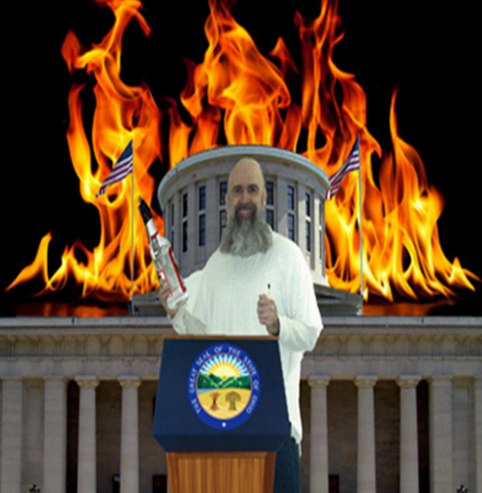 In a press conference yesterday, latest presidential hopeful Sean Swain was asked what made him think he could be elected in 2016. He responded, “Have you seen all these fascist fuckweasels I’m running against? We’d be better off eating them than putting them in power.”

After announcing his candidacy in the prison visiting room, Swain said, “Ask not what your government can do to you; ask what you can do to your government,” and promptly flipped off the attending prison officials. Next week, Swain unveils his plan for abolishing the United States of America.