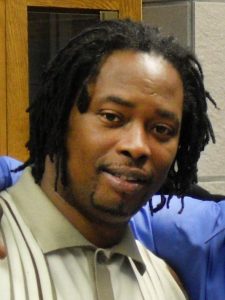 On 18 July, Hamilton County, Ohio, Prosecutor Joe Deters announced that his office would not pursue a third trial of former University of Cincinnati police officer Ray Tensing. Tensing had pulled over Sam DuBose in what has been characterized as a routine traffic stop. Tensing is white. Sam DuBose was black. Tensing, a white officer, shot DuBose, a black man, in the head during this routine traffic stop.

By the way, the t-shirt that Tensing wore that day when he shot Sam DuBose in the head had a confederate flag on it.

The key evidence in the case was Tensing’s own body-cam footage that showed Tensing reach into DuBose’s vehicle and, after what appeared to be a momentary struggle, Tensing then drew his weapon and shot DuBose in the head.

So, just incase you missed what I said before, let me repeat: a white, fascist pig wearing a confederate flag t-shirt under his uniform shot a black man in the head during a routine traffic stop and the whole event was caught on body-cam, and he’s getting off scott-free. The prosecutor’s office will not seek a third trial because they cannot seem to get a conviction with such flimsy evidence as video footage of the event.

As of now, there are no cop cars burning in the streets of Cincinnati. The Hamilton County Courthouse is not a smouldering pile of rubble.

It seems to me that the decision not to prosecute for a third trial is based upon the assessment that a riot wouldn’t happen. And, it didn’t. So, don’t be surprised when Cincinnati area pigs kill more unarmed black men.

First, let’s recall the big push for body-cams. Everyone became convinced that if we equip the racist pigs with body-cams, they’ll stop massacring black people with reckless abandon. Of course, the body-cam initiative came about after dash-cams didn’t stop the racist pigs , after they had no effect on the massacre. There was dash-cam footage of a Cleveland pig jumping onto the hood of a car and firing into the two unarmed people of color in the car. Pigs fied 137 shots.

But, body-cams would succeed where dash-cams failed, right?

Apparently not. I have to wonder what the hell else we can put cameras on. It would seem that, at some point, the reformist pacifists who continue seeking solutions that have never worked as solutions will end up endorsing the placement of cameras on cameras. You know, because the reformst approaches to police violence like protesting peacefully and mandating more cameras will suddenly work… even though they never have.

The sad and undeniable fact is, despite the well-intending organization with a name that declares otherwise, to pigs and to the vast, apathetic white majority, black lives do not matter. That’s the reality.

So, the simple, practical reality is, we have to give them something to fear, and we cannot manifest that threat of consequences by invoking courts or any other government nonsense. We must do it directly.

I would suggest that if murderous pigs had their homes burned to the ground on something of a regular basis, other murderous pigs who would otherwise reach for a gun in any given situation will instead say, “I don’t fear courts, but I really don’t want my house torched, so maybe I should holsterr this thing.”

It goes back to operant conditioning. Pavlov trained dogs with negative reinforcement. I’m sure we can train pigs the same way. It just might take longer because dogs are smarter.

This is Anarchist Prisoner Sean Swain from Warren Corruptional in Lebanon, Ohio. If you’re listening, you ARE the resistance…