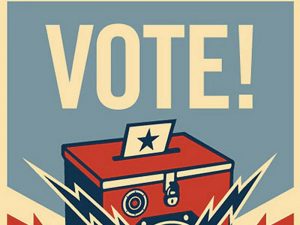 I have an important announcement. You may want to sit down for this. On second thought, it’s really exciting, so you may want to stand up. I don’t know. If you’re sitting down, feel fre to stay seated, and if you’re standing, that’s cool too. Or laying down.

Wow. I didn’t know it was going to be this complicated. So many options.

Everybody just please stay where you are. Except you over there. You can finish putting your pants on.

Big news, but first some context:

I ran for Ohio Governor in 2006 and nobody even knew about it but close friends. Then I ran in 2010 and got at least 8 votes. I ran in the last gubernatorial election in 2014 and did so well that the Secreetary of State refused to hand-count the write-in votes.

And since I lost the presidential race to Trump in 2016– the only candidate who might destroy the United States faster than I could –I’m available to run for Ohio Governor in 2018.

I’m formally announcing my candidacy for Ohio Governor in 2018.

So, I’d like to first share with you my platform and plans if elected, and then give listeners out there a sense of my campaign strategies so you have an idea of what you can do to get involved. Can you feel the excitement? I know… I know.

Okay. My platform. I wrote a 3-part zine called Ohio, recently transcribed and available for posting at seanswain.org. Check out Part I which I hope will soon be posted. This area called Ohio was set aside as unceded Indian Territory by the Treaty of Greeneville in 1795. That treaty was never superceded and Native American tribes still own Ohio. So, if elected, I plan to dissolve the state government entirely and return ownership of this area to the tribes who own it, along with the national guard’s weapons so that the Native Americans can defend themselves from possible U.S. re-invasion.

So, that’s the plan. This invalid corporation calling itself the “State of Ohio” has to die.

Signs on the Ohio border say, “Welcome to Ohio! The Heart of It All!” I say, let’s drive a stake through the “heart of it all.” If I get elected, the United States will have to remove one of the stars from its flag.

Pretty simple: I get elected, the State of Ohio ceases to exist. Who’s down?

I have to imagine that everyone hearing this is likely standing up now. And probably most of you have your pants on. And you’re wondering, what can I do to get Swain elected?

First, I need a campaign staff. So, if you’re in Ohio and you want to participate in an anti-political campaign, send an email to seanswain@riseup.net and volunteer. Or, send me an email directly through JPay.com.

By my thinking, the campaign staff will be coordinating the making of yard signs and bumper stickers and maybe organizing a press conference where campaign staff wear black ski masks and offer bewildered media reps some coffee and donuts before making a media announcement, all recorded for posting to YouTube.

You know, great fun at the hierarchs’ expense.

If you’re not in Ohio, that’s cool too because I’m going to need between a million and two million votes… and we know hardly anybody in Ohio will vote for me. This is provably the DUMBEST electorate in America.

So, I’m going to have to count on the deployment of a CONVERGeNCE on Ohio, where all of you savage cannibal swainiacs come from everywhere else and arrive here, register to vote, and cast ballots for me… like a giant, anti-political Woodstock… a swarm of unswivelized locusts… Anarchists from everywhere converging in overwhelming shock-and-awe numbers to highjack the election and end the existence of the State of Ohio, once and for all. An anti-political dumpster-fire of historical proportions.

That’s my second strategy. We’ll be developing and coordinating this convergence for 2018 soon.
As a third strategy, I have sent written correspondence to staff counsel at the Embassy of the Russian Federation. In that correspondence, I have detailed my campaign for governor and my plans if elected, and I have suggested how my success may potentially serve the interests of the Russian Federation.
To be clear and unequivocal, I have NOT contacted the Russian Embassy in order to get RUSSIAN HACKERS to interfere with the election for Ohio Governor and I have not suggested nor endorsed the idea of RUSSIAN HACKERS changing the outcome of the vote. I have also never suggested that anyone out there listening to me should post my campaign information where RUSSIAN HACKERS would see it, or to bombard RT news’ website.

But anyone choosing to do that can do so of their own free will… and if RUSSIAN HACKERS did get me elected, there’s really nothing I could do to stop them.

In closing, let’s not forget: this isn’t a political campaign; it’s an anti-political campaign. We don’t want to influence state management, but to end it, opening up free space, an autonomous zone outside the control of hierarchs, further unraveling their program.

Let’s end Ohio… then doom the United States… and hierarchy entirely… by highjacking this election.

Wanna dance naked around a bon-fire where the Ohio Statehouse used to be?

Check out Part I of Ohio, the basis of my campaign, soon to be posted at seanswain.org.

This is Anarchist Prisonr Sean Swain, candidate for Ohio Governor in 2018, and I approved this message…

For an audio version of this article, check out Sean Swain Radio by The Final Straw.