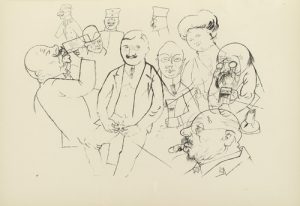 What that means is, these criminal fascists have stolen my mail and then, to avoid having to face the consequences of their crmes, they have simply stolen more mail. That means I have no feasible way to contact the courts and these fuckweasels can just keep stealing mail.

How in the fuck could Agee NOT have received my appeals?

Fortunately, I have copies of them, so I now simply have to arrange for a staff member to sign for them and put in writing that they have received those appeals.

In the midst of all this, Shady Three-Eighty, Warden Chae Harris, has made the copy policy impossible in order to make my litigation impossible, and I have to seek out conspirators in the free world to set up an account with FedEx/Kinko’s in order to get copies made, even though Shady forbids it.

And fuck the rest of these criminals.

The ones running the prison, I mean. Not their hostages.
* * *