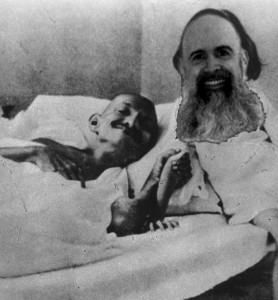 In response to cancellation of video visits with Ben Turk, anarchist prisoner Sean Swain announced a hungerstrike, commencing Monday, February 2, continuing until fuckweasels and JPay profiteers end their ideological harassment and repression of his video communication.
As soon as he made the announcement, he immediately regretted it because, in his words, “Hungerstrikes are stupid and reformist, but it’s the only leverage I have, so fuck it.” He added that he can stand to lose a few pounds anyway, especially given the unhealthy pile of food he has planned on Superbowl Sunday.
He has vowed to refuse solid foods until state terrorists and corporate profiteers refrain from the ongoing, childish attacks on his communication, even though, “Hungerstrikes are dumb. Fuck Gandhi. But I’m unarmed and vastly outnumbered (sigh). It’s not like I have other options.”
* * *