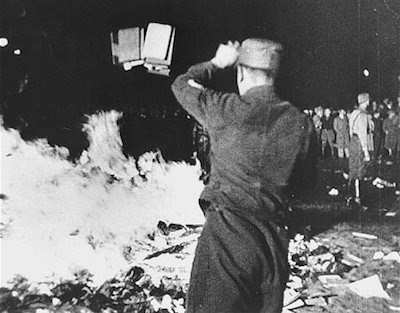 We’ve got news about Sean’s property and transfer to Lucasville as well as the ongiong legal battle.

1. Call in successful! – last week we called regional director Rob Jeffreys. In response, they held a meeting that very afternoon, and 4A transfer prisoners, including Sean, got most of their property back the following day.  Thank you to everyone who called in, and who mailed Sean letters. The fuckweasels brought him a stack of 27 letters they had to spend the morning opening and reading through.

2. Property Destruction – Sean had 37 books when he left OSP. SOCF only allows people to have 10 books, so they arbitrarily threw away 27 of Sean’s books. Which they are allowed to do according to ODRC policy, because ODRC are fascists and like all fascists they like to destroy books.  So, it won’t do any good to complain about that. BUT, among the books they threw away was Sean’s Qur’an and Taurat. These they are not allowed to trash because the supreme court has decided that when the constitution says freedom of religion, that means fascists can’t throw Qur’an’s in the garbage. SOCF staff said this was a mistake and even apologized.

It is unclear whether the accidental destruction of these holy books resulted from staff being ignorant of their policy of not destroying Qur’ans, or whether, in their fascistic book-destroying glee they failed to pay attention to what they were tossing in the trash. Of course, they could also just be lying. It could be they intentionally trashed Sean’s Qur’an to prove they could get away with it. Are they book burning lunatics, or just really bad at their jobs? We’re not sure, but either way, they suck.

3. And Delays – On Tuesday, the 4A transfers got their basic property, socks, underwear and stuff. High value items, like electronics are “titled” which means they are engraved with each person’s name and inmate number, and keep a record of it. Since all these guys are coming from OSP, the property is already engraved, and the records just need to be updated to reflect the transfer. Sean’s been tranferred around the state of Ohio many times, this record updating process should take a few minutes for each prisoner. Sean figures it should take about 3 hours to update the records for the transferred titled property for all 37 transferred 4A prisoners. SOCF staff is saying it’ll take them ten days to do that three hours worth of work.

Among the property is Sean’s JP4 device. This is sorta like a tablet computer, with lots of constraints on it. This device allows Sean to write longer emails while in his cell and upload them to the kiosk. Sean believes the delay in titling the property is to prevent him from getting this device so he can send information to update this site.

4.Court update – Two weeks ago Rick Kerger filed a temporary restraining order to prevent the ODRC from blocking Sean’s access to video visits and other forms of communication. The judge ordered a hearing that would have happened today, but the state requested the hearing be pushed back to next Friday. The court is not available next Friday, and so the judge has pushed it back to Friday the 13th of March. Someone is going to be unlucky that day, we’re hoping it’s the fuckweasels.