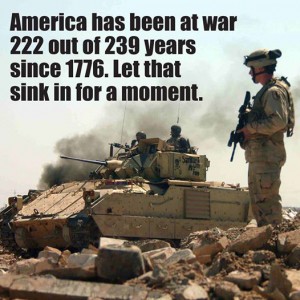 I have some incredible and exciting news to share. Historic, world-changing. I suspect at any moment, people all over the planet will be singing and dancing in the streets. We have finally attained that yet-only-figurative Cumbayah Moment.
Reading through a U.S. court decision that upholds my lifetime ban imposed by prison fascists, I note that Judge Benita Y. Pearson has declared that Americans may only advocate change through peaceful means. Yes, this is a watershed moment worth celebrating: the United States of America has RENOUNCED VIOLENCE!
Do you know what this means?
Holy isht!
Up until now, every single year, a cabal of white-haired wealthy old geezers gathered together to hatch plans for changing the world through violence. These geezers funded the violence industries with BILLIONS of dollars.
I’m talking, of course, of the United States Senate. Good to know, their days of changing the world through violence are over. No more appropriating battleships and tanks, Apache attack helicopters and air craft carriers. Until this landmark decision, the United States spent more than THE NEXT 15 MILITARIES COMBINED on changing the world through violence.
No more of that.
The days of advocating violence are over. If those senators and representatives continue that violence nonsense, you can expect Judge Pearson to march right into the capitol with U.S. marshals and have those violent conspirators arrested.
Brave new world.
And President Obama better watch out too. Keep in mind, he’s been obliterating hundreds of wedding parties all over the third world, blasting them with drones. Occasionally, he accidentally kills a so-called terrorist or two. But he’s gonna have to knock that off and start living up to his Nobel Peace Prize and his campaign t-shirts– at least while Judge Pearson is watching.
No more changing the world through violence.
Imagine all the good we can do when we auction off all that military hardware and all those nukes. With the money we take in, we’ll have the best educational system, best infrastructure, and best healthcare in the world. Our standard of living will sky-rocket.
Three cheers for Judge Pearson.
Three cheers for the United States of America renouncing violence.
This is awesome news for the Occupy folks too. Recall, they peacefully occupied public spaces that, really, their tax money paid for. And the police came in with billy clubs, rubber bullets and tear gas to change the world through violence.
They won’t be doing that anymore. I imagine Judge Pearson will soon be developing a program for collecting all those guns from the cops.
And that means Black folks won’t have to have that talk with their kids. No more Fergusons. No more Amadou Diallos, shot 41 times… no more unarmed kids shot 137 times by Cleveland cops… no more Oscar Grants shot while cuffed and prone… no more Michael Pipkens with broken necks in jail cells… no more Malice Greens shot dead on Detroit streets… no more Trayvon Martins.
No more world changed through violence.
FANTASTIC news.
It’s particularly good news for me too. I have to imagine that this new, nonviolent United States of America will be coming through the prison soon to collect up the billy clubs and the pepper spray. I mean, I can’t think of ANY nonviolent use for pepper spray.
And they’ll have to take the shotgun out of that perimeter truck. That means the only people who’ll be staying here are the people who stay voluntarily, who believe there’s some benefit to their imprisonment. The rest of us can just climb the fence and go home.
Prison fascists won’t be changing the world through violence anymore. I can’t wait to finally get home and hug my parents.
The implication of this are so vast, I don’t even know if we can contemplate how different the world is going to be. There will be a generation born this year who will grow up never knowing violence. I don’t even know what that would be like. I was born during the Vietnam War, when millions of people were bombed and napalmed into oblivion. Then Afghanistan and Panama, Nicaragua, Beirut… And the Oil Wars. Constantly and continuously changing the world through violence.
This is the new normal, a world where the United States of America has renounced violence. Judge Benita Y. Pearson may have single-handedly saved the world.
This is anarchist prisoner Sean Swain from the Southern Ohio Correctional Facility at Lucasville. If you’re listening, you ARE the resistance…