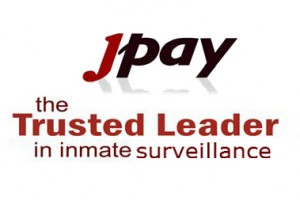 As shown by JPay’s own documents, made public by Beerbong Tommy, the key words that were searched and found in Sean’s communication included:
escape, fence, murder, straw, fight, death, blood, police, kill, investigator, gang, assault, boss.
In this way, JPay’s snitchware serves to red-flag content of prisoners’ communication.
The identifier at the bottom of the pages reads:
“https://facility.jpay.com/MailViewLetter.aspx?lid=126177050&mailType=1&IsArchive=F…”

The implications are vast. Sean has theorized all along that JPay was information-sharing with the FBI to monitor prisoner communication and financial transactions, providing access to giant pools of metadata for use to identify, target, and spy on prisoner supporters, tracking conversations and money movements. The revelation of this complex and broadly-applied JPay snitchware further supports Sean’s theory.

“Now we know why the FBI was on site and why I was tortured right after I revealed the illegality of JPay, the FBI’s snitchware partner,” Sean said. “Stay tuned to see how much Beerbong Tommy reveals about FBI complicity in the torture of domestic prisoner-whistleblowers. If the case goes on long enough, we may solve the mystery of who really shot JFK and what’s hidden in Area 51.”

The FBI is still unavailable for comment.
JPay, applying snitchware to assist the fascist fuckweasels, at their website, brags that their information systems have never been compromised.
Never.
* * *

ACTION PLAN: FUCK JPAY! FUCK JPAY! FUCK JPAY!
Alert all prisoners with whom you communicate about the JPay snitchware and how it works. In all innocuous communications, load your emails with known key words to overload investigators and snoopers.
Call the FBI to ask if they had Sean tortured in 2012 because he threatened to expose the illegality of JPay and get the plug pulled on their vast, secret domestic-spying program employed through this shady corporate partner:
FBI Cleveland: (216) 522-1400
FBI Columbus: (614) 224-1183
Contact Beerbong Tommy Miller and urge him to string out this case as long as possible so his state-terrorist clients can drag down the FBI and JPay.
Phone: 614-644-7233. Email: thomas.miller@ohioattorneygeneral.gov Fax: 614-578-9963 Mail / visit: 150 East Gay Street, 16th Floor, Columbus OH 43215-6001

JPay,
The statutory timeframe for 21-day “investigation” is over and yet, inexplicably, my video visits have not been restored. Am I just banned for life from video visits available to all other prisoners at my security level? How do you feel about profiteering as a partner to repressive human rights abusers who neutralize anticipated unflattering speech about their crimes? Does it make you feel… well… grimy???
Swain.