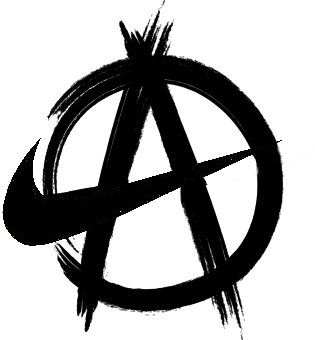 Ohio Assistant Attorney General Thomas C. Miller, legal counsel for the ODRC fuckweasels in Sean Swain’s civil rights action, did an about-face. In a phone conference with Sean’s lawyer, Richard Kerger, Miller has rejected Sean’s proposed terms for resolution of this ongoing conflict.
Not long ago, Judge Benita Y. Pearson’s home address was posted online at blastblog.noblogs.org. Prison officials waged a dirty war against Sean, suspending all of his communications mediums and purging his visiting list. The conflict, it seems, was escalating.

In the midst of this, fuckweasel counsel Tom Miller expressed an urgent desire to resolve the lawsuit, and thereby resolve the ongoing conflict from which the lawsuit arises. Sean’s attorney, Richard Kerger, agreed to set up a telephone conference to negotiate a resolution.

Sean, for his part, conceived of a kind of peace plan, which supporters posted online. By that plan, ODRC fuckweasels would un-do the frame up and thereby put Sean in a position where parole would be possible next July; in exchange, prison officials would have unfavorable references purged from seanswain.org, would have Sean held at a location where incentives would guarantee his continued rule compliance, and would essentially have full control over Sean’s public pronouncements until his parole hearing in 2016. But, most importantly, Sean would attempt to persuade those who anonymously posted Judge Pearson’s home address to delete that posting and to refrain from future such postings of ODRC fuckweasels’ home addresses.

“We were essentially willing to give away the farm and even submit to a stringent regimen of restricting my protected speech,” Sean said. “It was something I was willing to do, given the circumstances. It was a situation where there was a real danger that people could start getting hurt. It would be irresponsible if I didn’t do everything in my power to end the whole situation. So, that’s what I proposed, and what I attempted to do.”

Sean, in good faith, effectively persuaded others to delete Judge Pearson’s sensitive information from online posting… And then came Thomas Miller’s about-face; as soon as Judge Pearson’s address was removed, ODRC fuckweasels resumed a hardline approach and voiced an unwillingness to negotiate.

“It makes me regret using whatever influence I might have to get Judge Pearson’s information removed,” Sean lamented.

As the case drags on, Sean quickly approaches a point of no return. He appears before the Adult Parole Board in July of next year, and Sean will be expected to have been at level 2 security for a year and to have taken programming only available at level 2. So, by refusing to negotiate a resolution to the 12-Monkey frame-up lawsuit, ODRC fuckweasels make Sean’s parole impossible and doom Sean to serve 5 more years in prison– for a crime he provably didn’t commit, based on misconduct that prison officials fabricated.
“Essentially, by refusing to resolve this case and put me where I was supposed to be, if not for their shenanigans, they are inevitably giving me 5 more years in prison. I’ll be serving 5 years for having pissed off prison officials by telling the truth about their crimes online,” Sean said.

With the removal of Judge Pearson’s personal information online, ODRC fuckweasels’ legal counsel no longer seeks to negotiate a resolution, asserting that prison officials have no concern about how the situation may escalate. They do not believe, for instance, that Sean’s supporters out in the free world can obtain prison officials’ home addresses, or that they can post the addresses anonymously. And, if such addresses get posted, there is no evidence that anyone may act on that information.
“Prison officials have no fear of what might happen next,” Sean said. “They’re confident that nothing will happen to them. Until that confidence is proven to be misplaced, prison officials resist reasonable resolution.”

LEGAL COMMUNICATION TO COUNSEL, 22 JULY 15
Mr. Kerger,
You should have gotten an email from me, describing current situation, letter archive at U of M, etc.? Any rate, communications restored until next time Chicken Little runs in circles and pulls my plug.
Any news on phone conference or do they need me to apply more pressure?
Last item, purely theoretical and hypothetical, but related to my June 11 statement, why do they assume my statement to be a threat directed at them, i.e., an effort to get others to follow THEM home as if someone hasn’t already followed all of them home, including their counsel? Not saying someone has, or that I have direct knowledge of anyone doing that as a systematic plan, or whether that person or persons would be aware of blastblog.noblogs.org and the cybersecurity measures to anonymously post stuff at that site… But my question is why these idiots would assume that I’m threatening to do something or have something done TO THEM rather than believing it has already happened?

This September marks THREE YEARS since they started this. That means the people who had me tortured drove home from work approximately a THOUSAND times.

At any rate, let me know if Tom Miller and his clients are resistant to a reasonable settlement. I’ll see what can be done to persuade them to get to the table and negotiate an end to this.
Thanks for everything you are doing.