Also, you should know that the Fascist Bozos of Ineptitude (FBI) generated 1,297 pages of investigative files on me during the course of my imprisonment. I’m one of my favorite topics, and I write about myself quite frequently, but I can’t think of 1,297 pages to write about me. So that means the FBI knows more about me that I do. My file is available from the FBI as a three-disk set that costs $40. That’s roughly the same as the Sex Pistol’s box set. If ever you have a choice between the two, I would suggest you can’t go wrong with the Sex Pistols.
END_OF_DOCUMENT_TOKEN_TO_BE_REPLACED

This is a continuation of this story: OSP PHYSICIAN DOCTOR JAMES KLINE IS A FUCKWEASEL: HOW A QUACK ILLEGALLY DISAPPEARED ME TO THE SUPERMAX DUNGEON TO BREAK ME FOR THE REPRESSIVE GESTAPO HIGH COMMAND

The Long-Delayed Conclusion: Medical “Observation” in the Dark

Of the four “medical observation” cells, I was placed in the one where the other prisoners could not see me. The other three, prisoners can strain their necks to look at one another. The cell I was in, the entrance was set back behind a sink and counter area, isolating me completely even from other prisoners.

The cell door is plexiglass. Inside, the full array of luxuries that compliment the standard torture suite: a fibergass box where prior occupants were strapped down in five-point restraints… a ragged, bare mattress (perhaps with stuffing, perhaps not)… A steel sink-and-toilet combo (perhaps with remnants of prior occupants’ DNA smeared on it, perhaps not)… A half of a roll of toilet paper… A light blasting from the ceiling, all hours of the day and night… A four-inch window that looks out onto an obstruction, allowing no sunlight… A steel shower compartment the size of a phone booth carved into one wall… A camera, high up on the back wall, behind a reflective bubble that looks like a giant insect eye staring at you…

That’s it. The environment in which you will live until further notice. 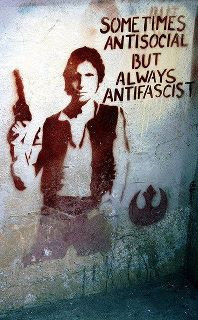 “The more completely the place of confinement eliminates sensory stimuli, the more deeply will the [subject] be affected. Results produced after weeks or months of imprisonment in an ordinary cell may be duplicated in hours or days… An early effect of such an environment is anxiety… [Captors] can benefit from the subject’s anxiety… The deprivation of stimuli induces regression by depriving the subject’s mind of contact with an outer world and thus forcing it in on itself… in /the simple torture situation/ the contest is one between the individual and /his tormentor/…”
–/The KUBARK Counterintelligence Interrogation Manual/, from the Central Intelligence Agency

Dear Mental Health Therapist(?),
In early October, I sent you a kite communication with a lengthy “Open Letter”  that was also posted at seanswain.org. I looked forward to your response but still haven’t received it. Also, since the open letter’s publication, you have stopped calling me out of the cell block to speak with me, and during rounds you say, “Mental health rounds, how are you doing?,” but by the time I respond, you are already down the range, out of earshot.
If I didn’t know better, I would almost think you are trying to avoid me. END_OF_DOCUMENT_TOKEN_TO_BE_REPLACED 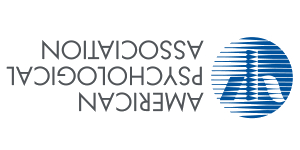 The social sciences suck. I was watching Democracy Now this morning and saw a news blurb that the American Psychological Association has been linked in some way to U.S. torture practices. Some leaked memos implicate the American Psychological Association in collusion with waterboarding an forms of torture. I guess if we see the social sciences– psychology, psychiatry, sociology, and so on –as benevolent paradigms of study and practice, sciences designed to help people and cure them of mental illness, then I suppose we’d all be shocked and bewildered that prestigious institutions of those sciences are dabbling in torture.

But the social sciences are NOT benevolent paradigms designed to help people. Consider: when cops and courts impose social norms on you, you’re a criminal. When priests and rabbis impose social norms on you, they call you a sinner. When SHRINKS impose social norms on you, they call you “mentally ill.” The shrinkhood is a tool of the established order, and a powerful one. When cops put a label on you, you can still get past that because you’ve done your time and people change. When priests and rabbis label you that’s just some superstitious hokum. But when the thought-police shrinkhood labels you, you’re NUTS. The social sciences have the illusion of being “scientific” and “objective” when they brand you for life. But their criteria for branding you is far from scientific. END_OF_DOCUMENT_TOKEN_TO_BE_REPLACED

IN THE INTER-AMERICAN COMMISSION ON HUMAN RIGHTS

FOR THE ORGANIZATION OF AMERICAN STATES

My Function at the SOA

Nature and Character of U.S.-Sponsored Terror Operations Recounted in Reports

The CIA and the Cocaine Pipeline

1 The majority of Ohio was established as “Indian Territory” by the Treaty of Greenville in 1795. That treaty was never superceded. As a consequence, Ohio’s incorporation as an alleged state conflicts with U.S. treaty obligations and violates the U.S. Constitution. Ohio’s statehood is currently under challenge in the Inter-American Court for Human Rights, Organization of American States, Sean Paul Swain v. The United States of America, Case No. P-688-10.

5 “PSYOPS”: Short for “Psychological Operations,” more commonly applied to departments of phsychological operations conducting hostilities against enemies during war but, at the SOA, it was commonly (if not inaccurately) used to refer to the psychological section.

6 CIA pilots who flew covert and illegal missions into Cambodia and Laos during the Vietnam War were called “Air America.” They established a lucrative opium pipeline into the U.S., creating the heroin boom of the 1970s. Pilots flying into El Salvador and Nicaragua, some of whom had experience in Air America, were dubbed “Air America II.”

7 At the time of the U.S. invasion, Afghanistan was the largest opium producer in the world.

9 Within this context, it is much easier to imagine the actual motive for President George H.W. Bush to order the invasion Panama and the arrest of Panamanian President Manuel Noriega– an invasion and arrest unprecedented in American history and not rationally related to any security interests whatsoever.

10 The U.S. government has long developed a weaponized cancer conspicuously like that which killed Jack Ruby, the killer of Lee Harvey Oswald. Oswald served as a military intelligence asset at the time of the Kennedy assassination (HIDELL, Alex J., SSN: 433-54-3937; DOB: 18OCT39; EYE: Gray; HAIR: Brown; HT: 71”; WT: 145 lbs.; SERVICE NO. 1653230). It is also suspiciously like the cancer that killed Idaho Observer Editor Don Harkins in 2008.